Upon emerging from Penn Station my gaze immediately focused on a fantastic billboard mounted to the side of a large building. Swarms of commuters hurried past as I took a few photos. Steam from the subway system swirled around me, but I stood motionless. It wasn’t the actual scene I was intrigued in, but the way the poster challenged how we think about photo enlargement and resolution. 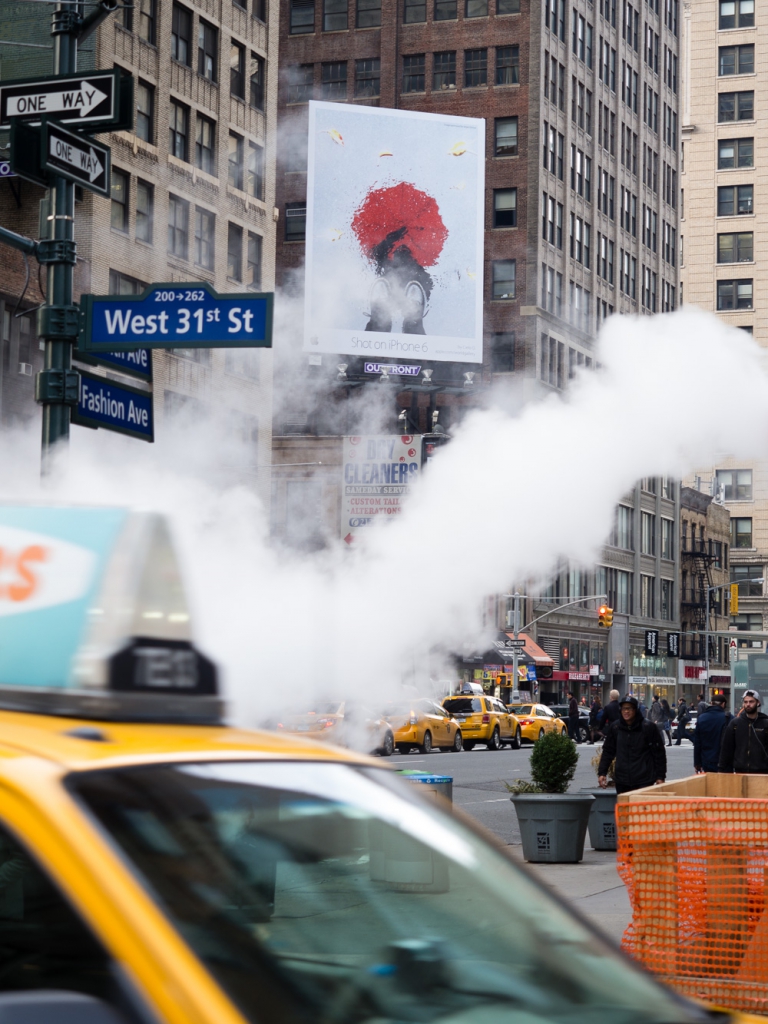 From street level, determining the precise size of the ad was difficult. I’d guess it was 8 x 10 feet. Though in this case the actual dimensions didn’t really matter. Put simply, it far exceeded standard print sizes and still looked stunning. Now, if you’re anything like me and have done your research on cameras, sensors, and resolution, you may have expected this to be captured with a full frame DSLR and perhaps a professional quality lens. You would be wrong. In fact, it was shot on an eight megapixel iPhone 6. 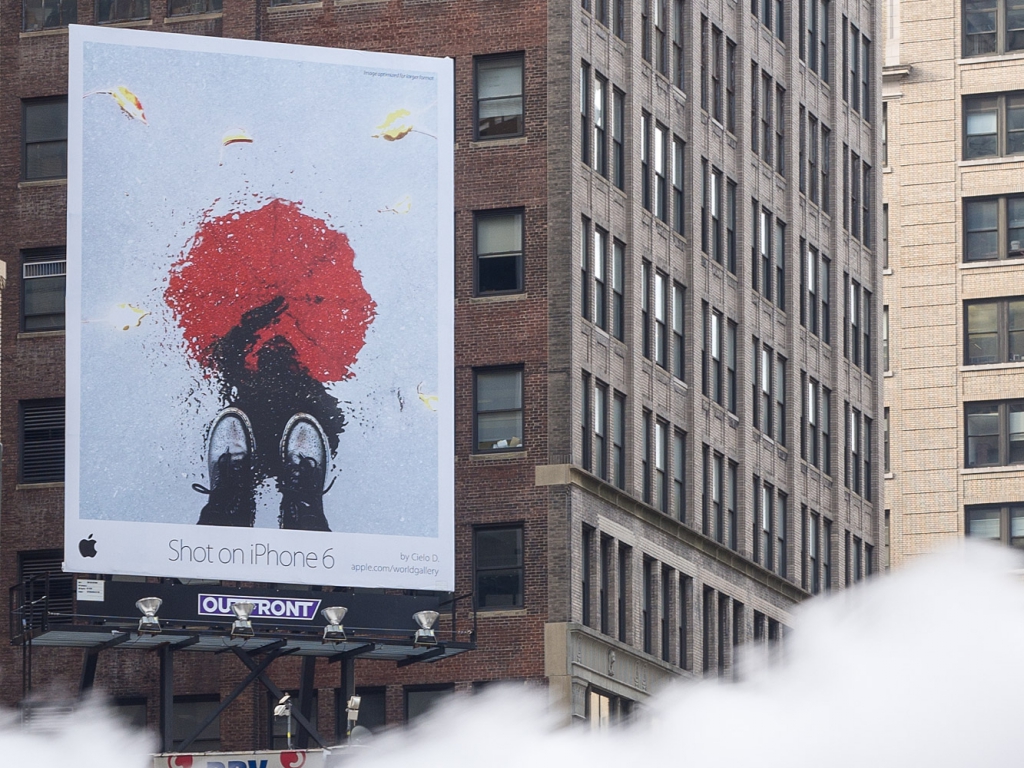 Apple reviewed thousands of non-commissioned images before settling on the final 57 for display. They were processed with the typical array of photo editing apps and printed to billboard size. Now, some of you may be thinking, “yeah but it’s an Apple ad so they had access to the best photo enlargement software, interpolation tools, etc.” You’d be correct as the ad actually says “image optimized for larger format” in the upper right corner. Here’s the thing; you have the ability to do this as well. For starters, the bicubic smoothing option in Photoshop does an acceptable job at reducing jaggies. For even more control, Alien Skin’s photo enlargement tool Blow Up resamples while keeping details remarkably sharp. 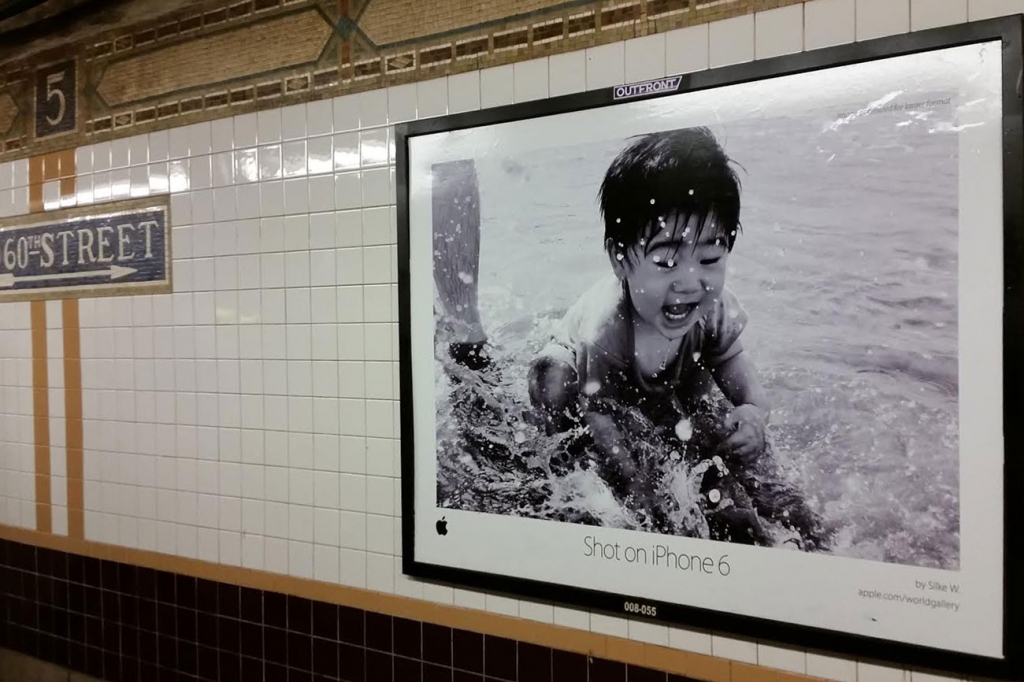 What does this mean? You can remove the next camera body from your shopping cart and make massive prints with the model you own right now. I find that incredibly empowering. That 10 megapixel DSLR from 2008? It’ll do just fine. So will the 16 megapixel micro 4/3 body or the Sony with compressed Raw files. The key is to capture a technically sound image in the camera at the time of exposure. This quality file will hold up better to more post production in photo enlargement software and super sized prints. Of course good light also helps, but perhaps the biggest impact comes from the quality of the lens. 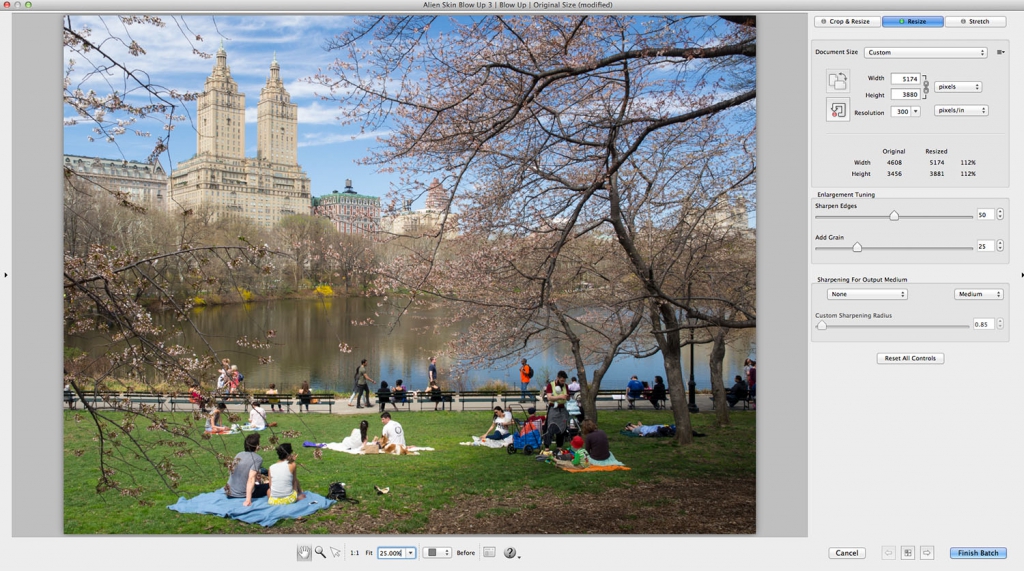 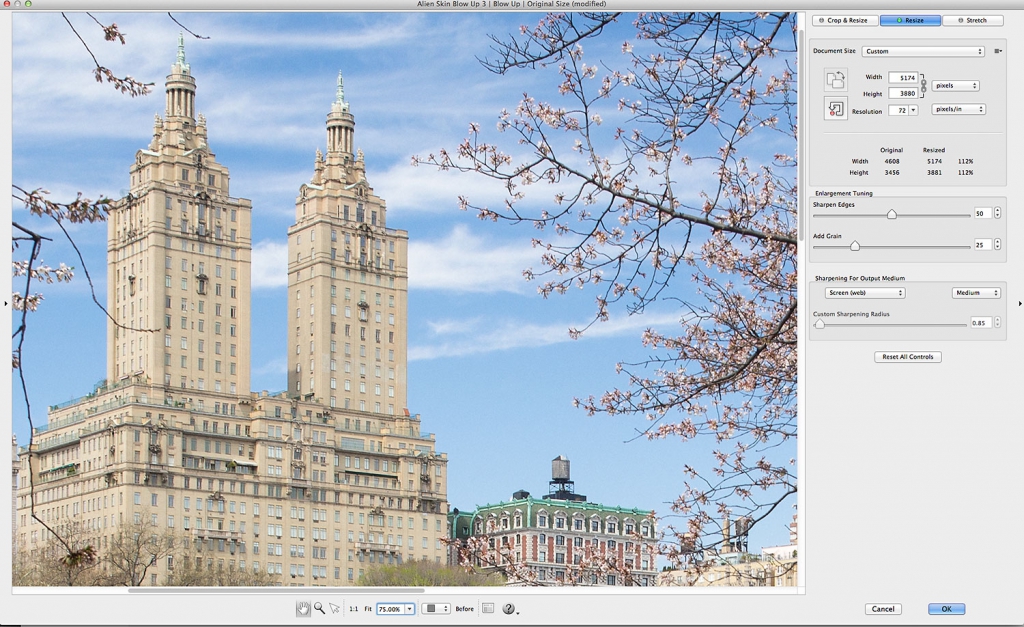 Please don’t get me wrong, I am in no way advocating a massive DSLR fire sale. The artistic control of a manual camera is undoubtedly far more powerful than any point and shoot or phone. What I am noting however, is that all of the megapixel talk, sensor comparisons and new camera reviews are designed to sell more merchandise, not make you a better artist. 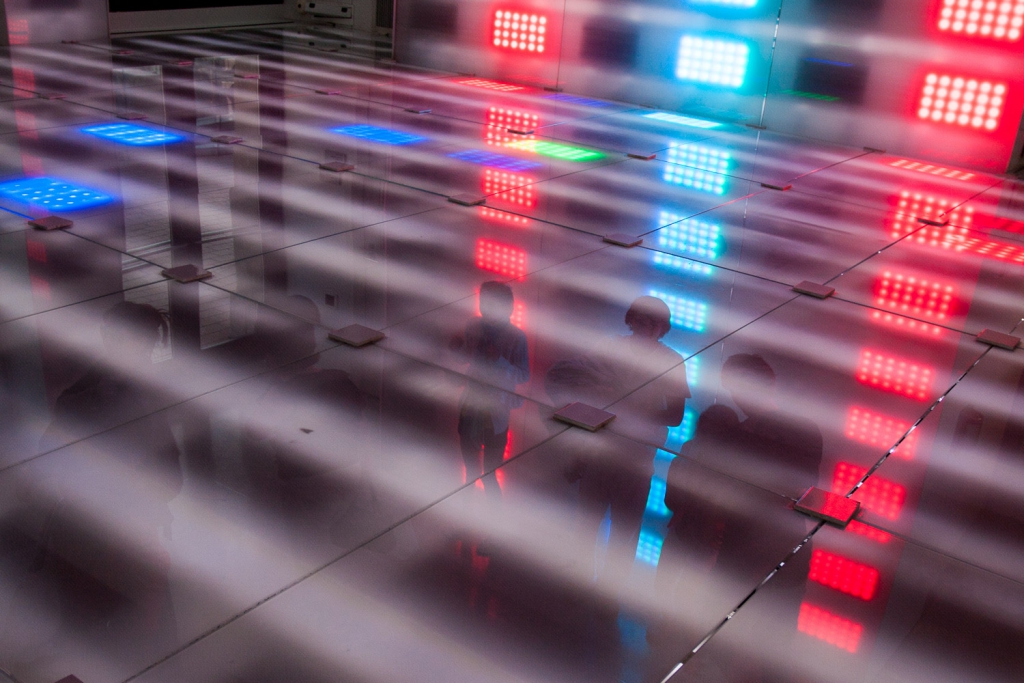 I can see the heated comments now; “more megapixels give me more cropping space.” Sure, but why this sudden need to crop so heavily? For example, Henri Cartier-Bresson didn’t crop at all. Instead, he only included what he wanted in the viewfinder. His results speak for themselves. 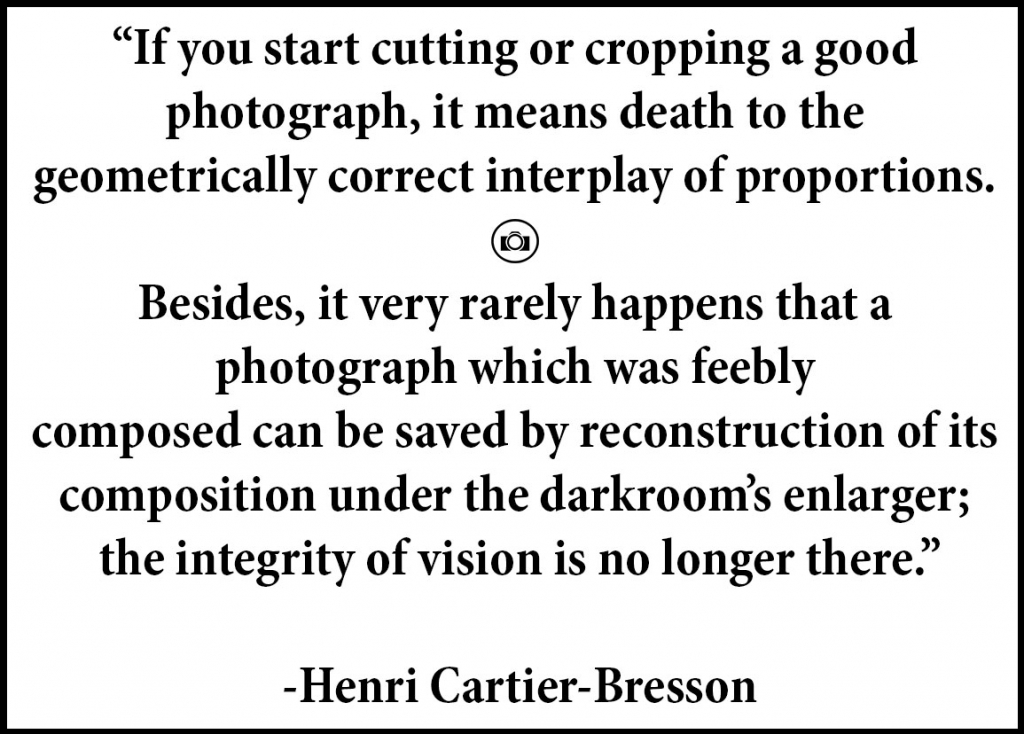 In checking the submission requirements for Getty images, you’ll notice that files need to be 50MB. Even on most full frame camera, resampling in photo enlargement software is necessary to accomplish this. Yet despite the interpolation, these images are of high enough quality for the world’s largest stock photography agency and all of their clients. Still think you need more resolution? Look at the list of approved cameras for Getty. You’ll see older models such as the 10 megapixel Canon 40D. 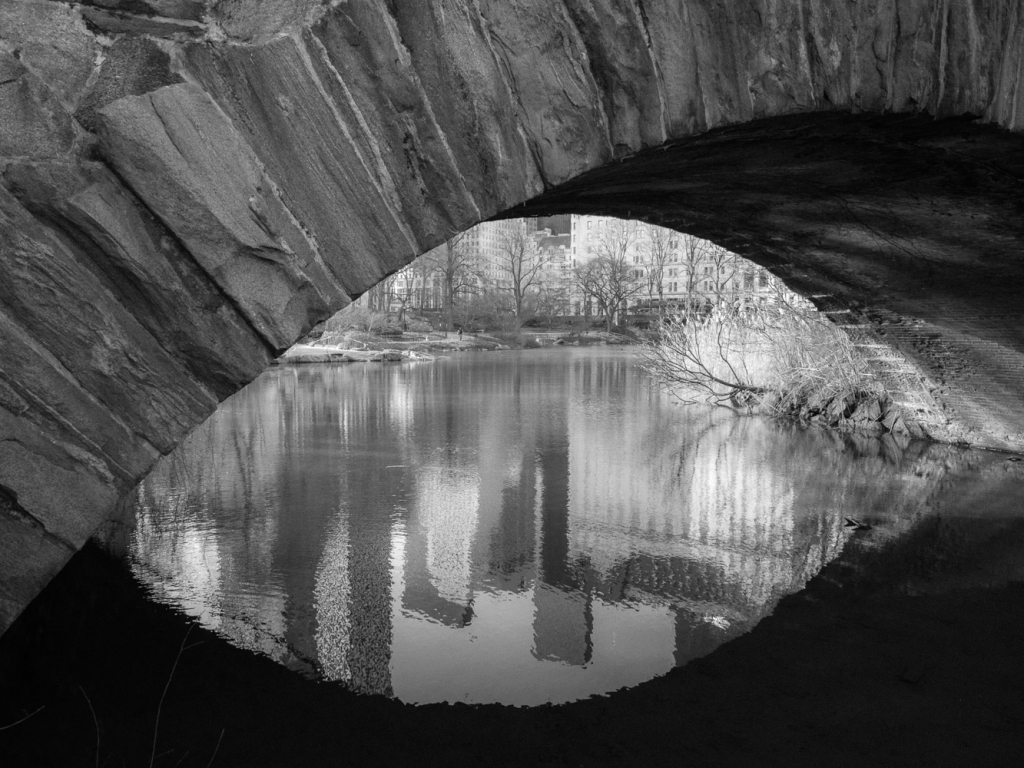 What I really saw in that billboard was more than just an ad for the latest smart phone. It was a sign that we’ve allowed the promise of the next best thing to cloud our vision for far too long. This has been perpetuated by marketing campaigns, forum chatter and magazine advertorials. As camera sales continue to decline, this noise will only grow louder to drum up new business. When it does, think back to this large billboard created with a camera phone. There may be no end in sight for the megapixel race, but it doesn’t mean you have to run in it to succeed. A wise man once said, “if you win the rat race, you’re still a rat”. I’d rather be a photographer. 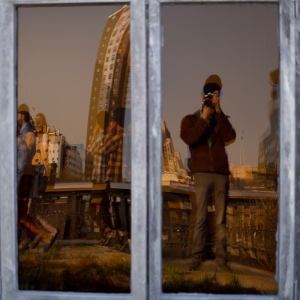 About the Author: Chris Corradino

Chris Corradino is a travel photographer and teacher based out of New York. His work has been highly circulated in publications such as the Associated Press, USA Today, National Geographic, and Wall Street Journal. He’s deeply committed to providing a high-quality photography education through his dynamic teaching methods. Chris has a passion to help hard-working photographers bring their craft up to the next level.