Delivering Vision with Will Thompson

Previous Next
Delivering Vision with Will Thompson

Let me tell you a little story that happened to me. My buddy Will hits me up on Facebook. It’s super early–like 5am, early. I roll over, grab my phone, and turn off my soothing sounds wake-me-nicely alarm. Then, just like every morning, I check over Facebook. Being on the east coast has it’s advantages, like being able to see what everyone on the west coast did the night before. This would be great if I were coherent enough to actually respond to emails and text messages, but I’m pre-java* at this point, so I usually just have enough competency to send an emoji or two. Will seemed super-excited.

*Nerd Note: The drink, not the language.

I still have crumbs in my eyes and I have the phone an inch from my face. I grab for my glasses, roll over, and my brain actually starts focusing. Will Thompson…Oooh!! Then it all came rushing back to me. Will Thompson is a portrait, boudoir, and fine art photographer operating out of Salt Lake City, UT. Yes, I didn’t spell that wrong–Utah. Talk about a tough location to become well-known for shooting boudoir. He’s been working there for a number of years, creating beautiful photographs. How and why Salt Lake City? Wouldn’t that be counter-intuitive to the success of your business? And–wait! What time is it out there?

Will Thompson isn’t phased by impossible odds, instead, he laughs in the face of danger. And, in my opinion, he does a damn good job overcoming them. Check him out on Facebook. So, Will and I proceed to chat in more detail. Here it is below. 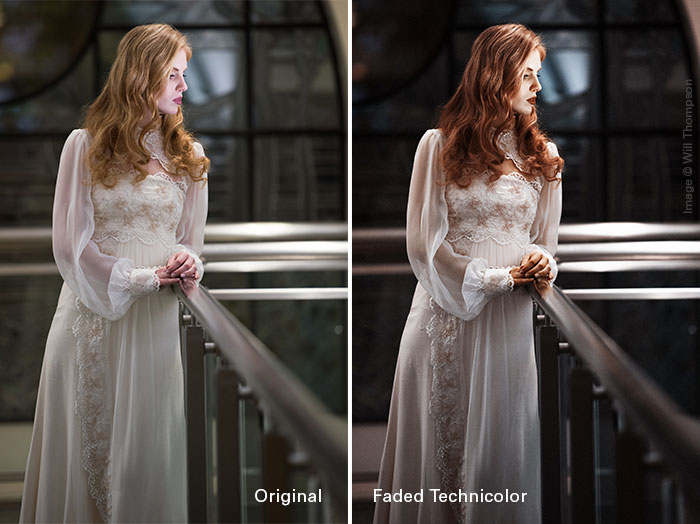 Recently he covered a fashion show for Lily Bride Designs. The location didn’t allow for all-out fancy lighting, so he shot using available light. Will shoots with a Nikon D810. For this shoot, he grabbed his Nikkor 70-200 lens–one of his favorites. He confesses that he’d be lost without this lens, It’s always been a strong shooter for him. He loves the way it handles, and he’s a big advocate for learning to shoot with one.

Will’s client, Mary Rino, shared her vision to a create a 1930’s romantic starlet. Her ultimate goal was to have her emoting feelings of being lost and melancholy. Mary is an established designer but she has never had behind the scene photos taken before. While the models were getting finished, Will had them pose in the hallway so Mary would have something to give the models for their time and hard work.

When Will delivered shots treated with Exposure, Mary said, “You made it real.” What a complement!

Will’s shooting skills, coupled with awesome-looking effects from Exposure, brought her vision to life. All Will needed was a couple of minutes, the ‘Faded Technicolor’ preset, and a tiny bit of playing with sliders. Will admits that such a simple workflow that produces such powerful results is why he loves Exposure. 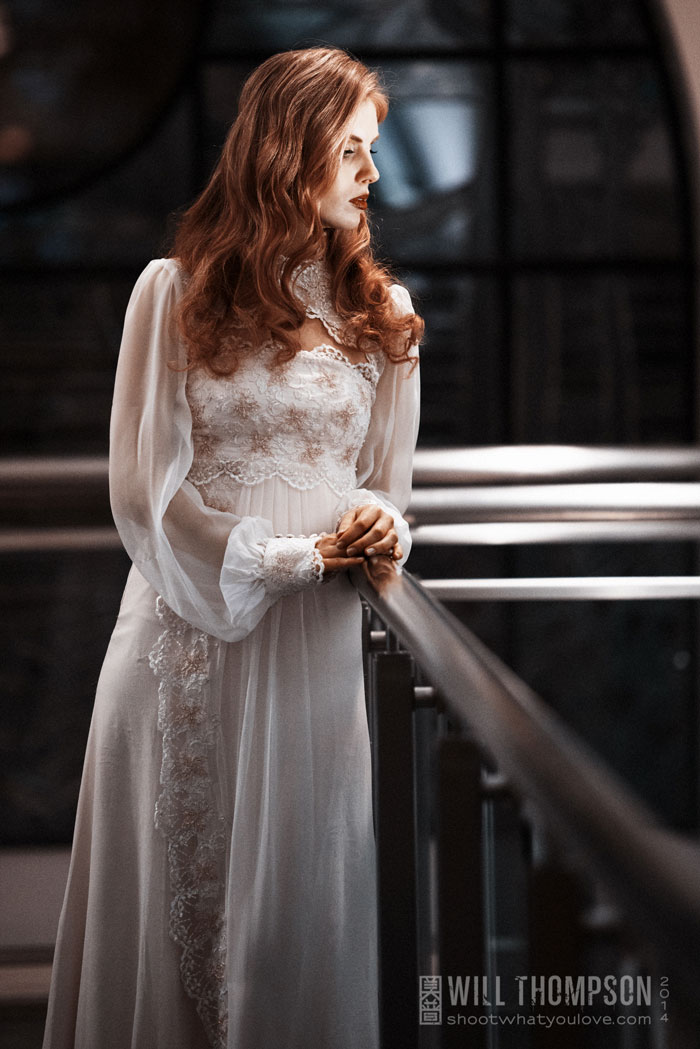 Will is such a humble guy. I congratulated him on being a great photographer. In my opinion, it’s not easy to capture your client’s dreams to the letter and when you do, it deserves a little celebration. He selflessly gave most of the credit to Mary and the makeup and hair teams and the rest of the people who helped Mary.

Mary says Will is ‘a photographer who contributes his talents to document the event,’ and she profusely thanks all of those who gave the time to produce the show, and thanks the cosmetology school for making her models runway ready, and she gave special thanks to her models for giving her two days of their time, and she also gave props to two friends who volunteered to be an assistant and stylist during the show.

Great story, isn’t it? No, this is not an invitation to FB me at 5am. You have been warned!