I always love the time when I get to rub digital elbows with the recent winners of our photo contests. It’s fascinating to learn about the person behind the shot. This time, I’ve had the opportunity to befriend Arina Thomsen, the latest Photo of the Quarter award winner. Arina also won the last Photo of the Month contest, too!

Independence, Kansas isn’t quite the same as her home town of Moscow, but Arina has definitely found her niche. Her portraiture style is a mix of fashion and glamour. She doesn’t long for shooting with models, but appreciates the realness of her clients. Relating with the women in her photos, she uses her talents to deliver photos they’d be proud to be in. Learn more about Arina Thomsen in the article below. 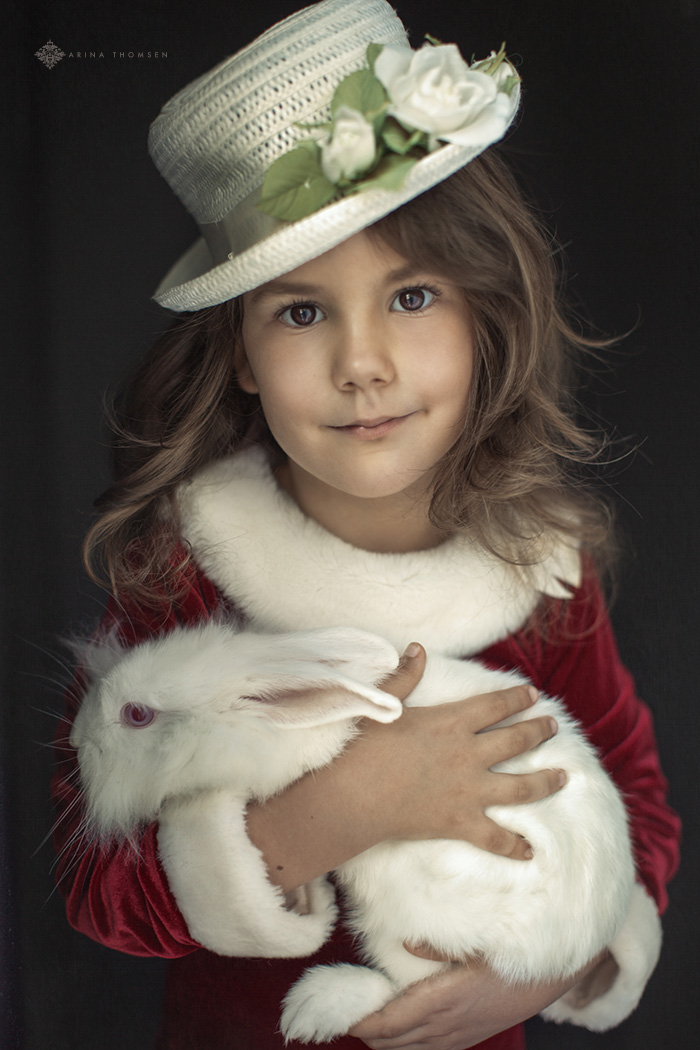 I have always liked photography. I remember when I was very little I could spend hours looking at family albums. My first camera was a Zenit, a popular 35mm film camera in Russia. I remember how I changed the rolls of film under a blanket. I had to be about 13-14 years old back then. I only shot black and white film at the time and I loved every minute of it. I am still fond of black and white photography. However, when I think about the images I took back then, I realize how far from artistic they were. I could have called them lifestyle photos to make myself sound important, but honestly they were nothing but snapshots. No matter what they looked like, there was something magical about capturing life’s moments around me. It’s not a secret that my style is greatly influenced by Sue Bryce’s contemporary glamour work. In addition, I have always been attracted to classic portraiture. So when I’m shooting, I have photographic portraits and paintings of the old masters in mind. I am most pleased when I am asked, “Is this a painting or a photograph?” I would say that my current style is fusion of everything I like or that inspires me. I love prime lenses. Right now, the majority of my work is done in studio, so my lens of choice is Canon EF 50mm f/1.2 L USM. My “studio” is a tiny area near the kitchen window. The light is dim and the space is very limited, but I can shoot some nice work in it. Since I do portraiture, want shallow depth of field at the lowest ISO possible. Because I use a “short” lens, I can handhold it at a shutter speed as low as 1/60 without handshake.

For outside work, I recently started using the Canon EF 135mm f/2L USM. It’s a beautiful piece of glass and takes tack sharp images completely open. Due to its focal length, it requires a lot of space between camera and subject that I don’t have when I shoot inside. If I had a lot of space, I may use this lens exclusively. 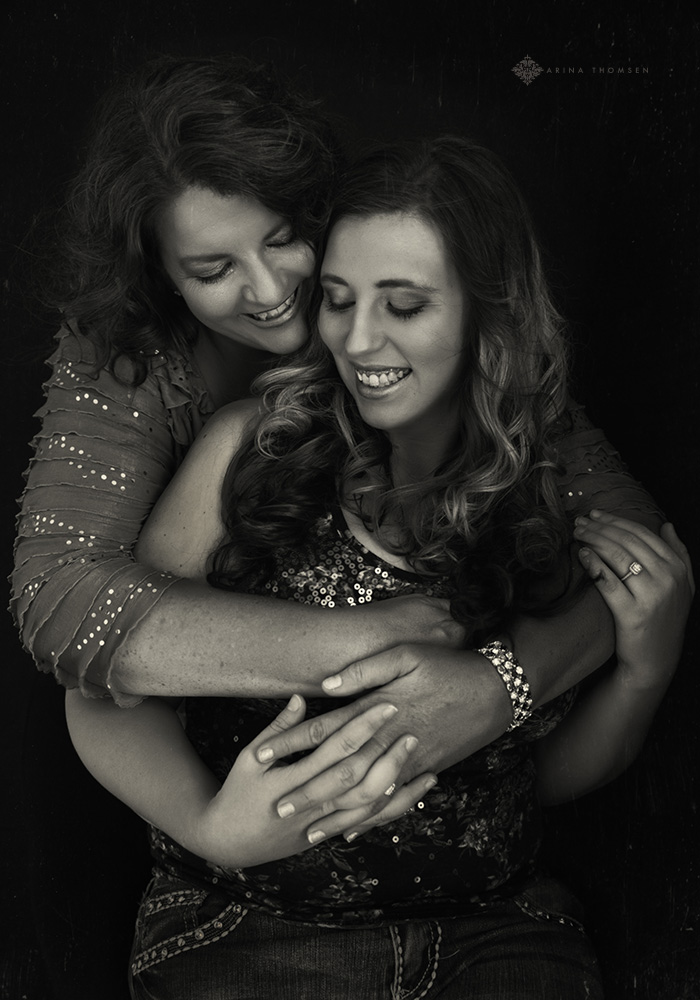 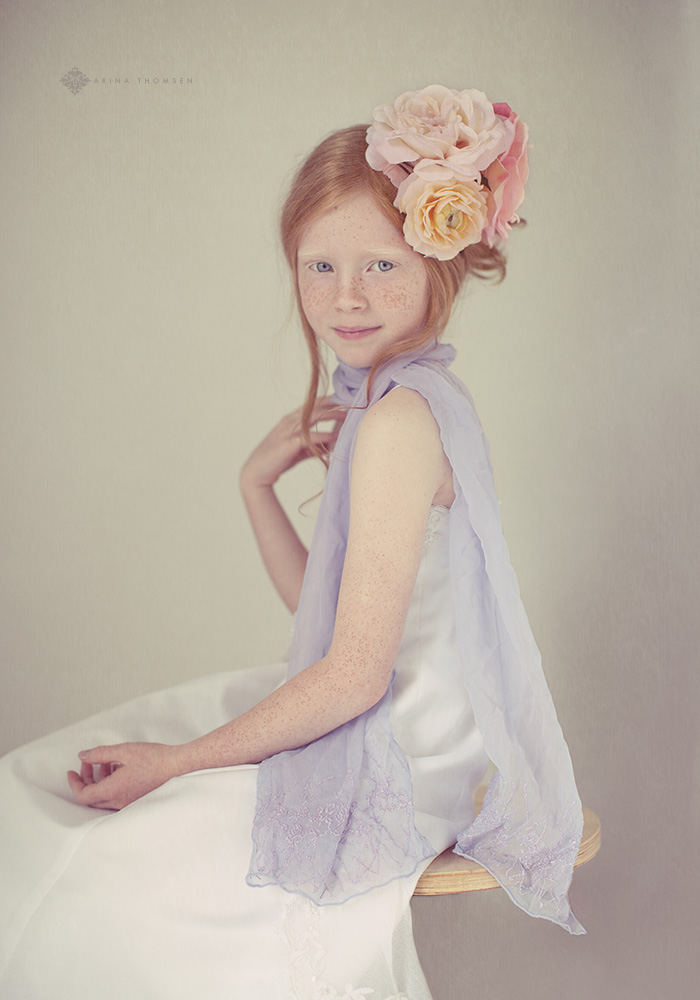 I do not employ any assistants at this time. Relatives of my subject are usually willing to assist me. When the time comes to look for an assistant, I have one in mind. The ideal assistant is laid back, talks very little, and listens all the time. In many ways they are able to read the my mind from body language and work experience with me.  The real assistant is a helper but not a leader. I have had several people ‘try to help’ by telling me what to do, but I don’t think that’s a good idea. I believe that there must be just one lead person who makes all of the decisions of the shoot — the photographer.

English is not my native language, so I sometimes make verbal blunders that are very embarrassing. I especially fear to make mistakes that will make me feel awkward while posing my subjects. For example, I used to tell my subjects to spread their legs instead of telling them to move their feet apart. Even now the story makes me blush. I have been informally tutoring all my life. My students have told me that I am really good at it. If there is ever enough demand to offer this kind of service, I would be more than happy to run workshops. In the meantime, I have started a small Facebook group for portrait photographers called ‘My Best.’ The initial idea was that the group members will post their best images there. I am planning to turn it into an educational group, eventually. I strongly believe in homework, so I will be assigning participants tasks on posing, editing, etc.

I always missed that film look, until I discovered Exposure from Alien Skin. When I started photography, there was only film. The way film renders light, its dynamic range, how it handles highlights is amazing. Digital files never gave me anything like this even if I tweaked and twisted the heck out of them.

I was very frustrated until I saw what can be done with Exposure. This software is amazing. When I started using it, I literally jumped up and down from excitement when images that were boring and lacked dimensionality were, by a simple click of a button, turned into absolutely gorgeous portraits that have the look and appeal of photo film. Exposure is now my software of choice. All my images are finished with it. The more I use it the more I like it. You can do absolutely fantastic things with this software. Whether you use a simple preset at different opacity (the way I started) or several layers of different presets with masking to achieve certain effects and painterly looks (the way I do it now), it will always give you fantastic results.  It is the best investment you will ever make in software. 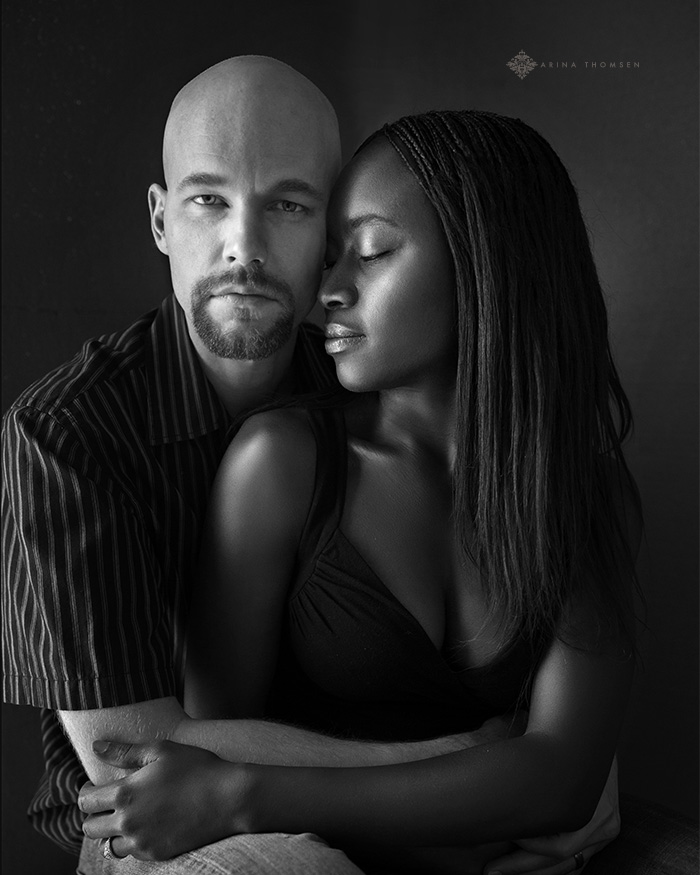 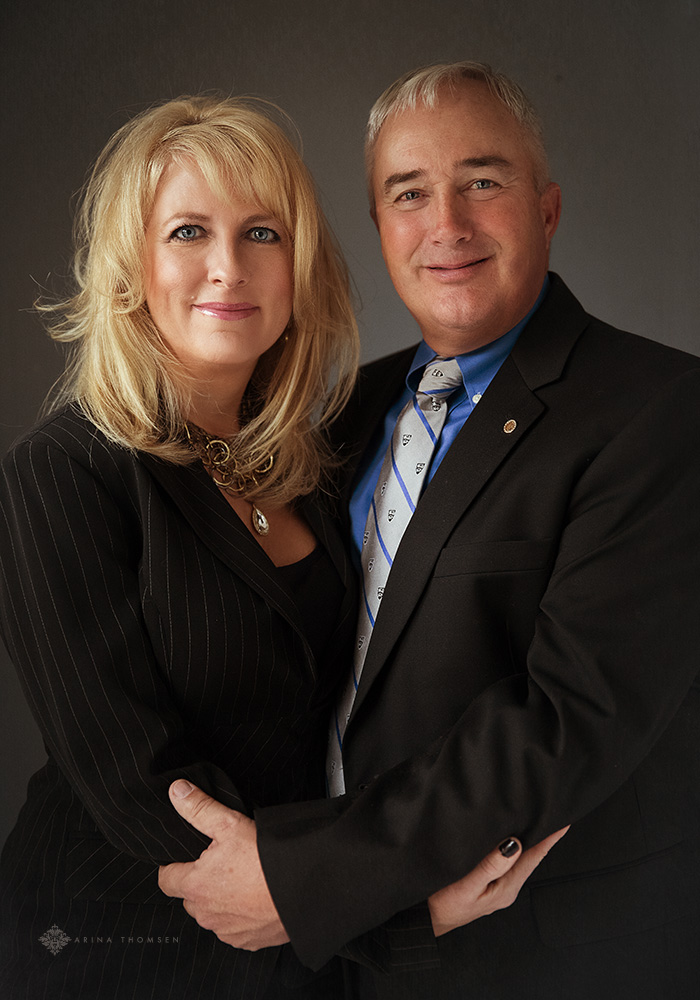 There you have it folks, the lovely work of Arina Thomsen. Thank you Arina for sharing your work and your story with all of us. We look forward to seeing more of it over in the Exposure users group on Facebook. To see more of the work of Arina Thomsen, you can also visit her site here.

Thanks to everyone who has submitted over the years. It’s such a great body of work. I love to look through all of the goodies posted in there.